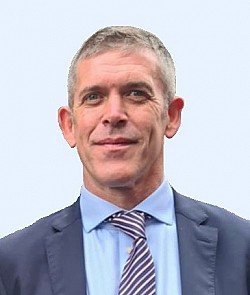 GLEESON, Donal (Lucan, Co. Dublin and formerly of Newcastle, Co. Dublin) May 2nd., 2022 (suddenly) in Majorca, Spain. He was a beloved husband to Grace (nee Collins) and dear father to Róisín, Áine, Maeve, Conor and Eoin.

Reposing at his home on Wednesday (11th May) from 2pm to 8pm.

Removal to St. Mary’s Church, Lucan on Thursday morning (12th May) arriving for Requiem Mass at 10am followed by burial in Newcastle Cemetery.

Donal’s Funeral Mass may be viewed (live only) by following this LINK.

Donations in lieu of flowers, if desired, to Parkinsons Association of Ireland.

The Family would appreciate if you could leave a message to be put into a book of condolences for the family.

Truly shocked and saddened to hear of Donal’s passing. I have many fond memories of growing up with him. Condolences to his Wife, Children, Parents, Brothers and Sister as well as the extended Gleeson family. Ar dheis Dé go raibh a h’anam dílis

My thoughts and prayers are with Donals wife and family at this very sad time. May he rest in peace.

Such terrible news and no words are adequate. My deepest sympathies to Donal’s family and friends. His wife Grace and children, Roisin, Aine, Meave, Conor and Eoin. I will remember Donal and the good times we shared.

Grace, thinking of you, your children and all of your extended family at this very sad time. May Donal rest in peace.

Sincere sympathy to Grace and family on the sad & sudden passing of Donal, may he rest in peace.

Grace, sincere and deepest sympathies to you and the Gleeson family at this very sad time. May Dónal rest in peace.

Sincere condolences to Grace and family… May Donal rest in peace…he will be remembered for the the devoted family man and dedicated member of an garda siochana..God bless him.