Cunninghams Funeral Directors has been in business serving Meath, Kildare and the greater Dublin since the 1920's.

The present company has evolved from the original family business "Cunningham Brothers" set up by three brothers Robert, Andrew and John who were already trading as Kellystown Sawmills based in Clonsilla Village who among other things were coffin manufacturers transporting their products throughout the country on the Royal Canal. Robert's two sons, Robert (Rory) and Oliver took over the business and in 1979 The business was incorported becoming Cunninghams Funerals Ltd with Robert as Managing Director. In 1993 Robert died suddenly and the company passed to his wife Nuala and their four sons Ian, Robert (Robin), Michael and Andrew who now run the company. 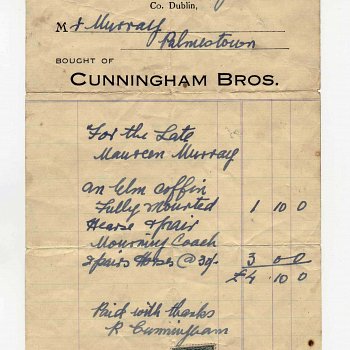 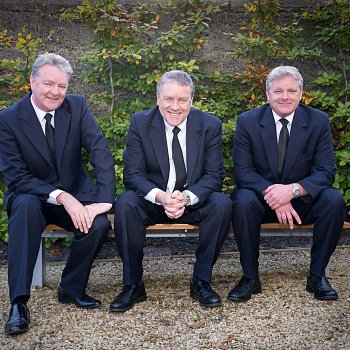 Although now quite a large and expanding business, Cunninghams prides itself in the personal and professional service which they provide, rooted firmly in complete family involvement. Cunninghams staff are trained and qualified to the highest standards being members of the B.I.E (British Institute of Embalmers) and the B.I.F.D (The British Institute of Funeral Directors). The company is also a member of the I.A.F.D (Irish Association of Funeral Directors). Their codes of practice are a safeguard to the bereaved.